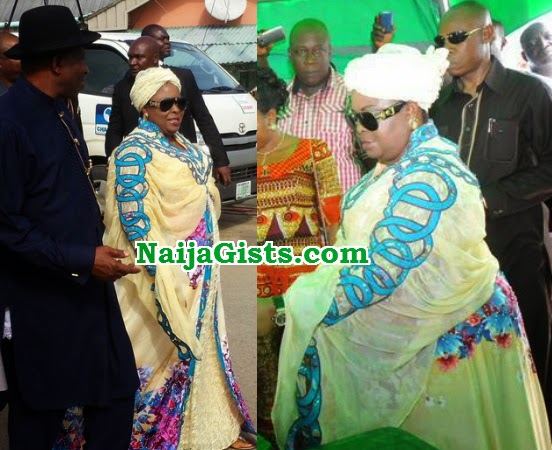 Mama Peace has finally returned to Nigeria from London.

She was spotted at Nnamdi Abuja International Airport around 5:30pm on Tuesday the 7th of April 2015.

She reportedly boarded Emirates Airlines flight # EK785 with over 201 passengers from Dubai.

The source, who confirmed the first lady’s arrival, hinted that unlike the usual large crowd which usually accompany her on both local and oversea trips, this time, it was just a handful of close associates adorning native attires and about two wearing suits and trousers.

The First Lady reportedly left London earlier this week for Dubai where she boarded the Emirates Airlines to Abuja with fellow Nigerians.

Her return had put to rest the speculations of her whereabouts.

Continue Reading
You may also like...
Related Topics:nigeria, patience jonathan