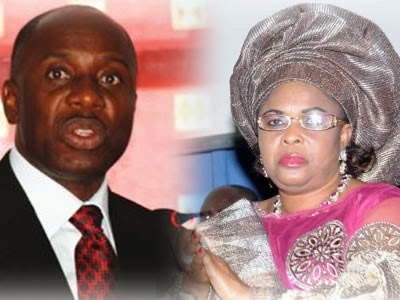 While lamenting the death of a policeman who died during the attack carried out by some suspected thugs hired by PDP, Amaechi said he is convinced that Madam First lady doesn’t want APC to campaign in her home town and that she was the one who hired thugs to go and disrupt the campaign. 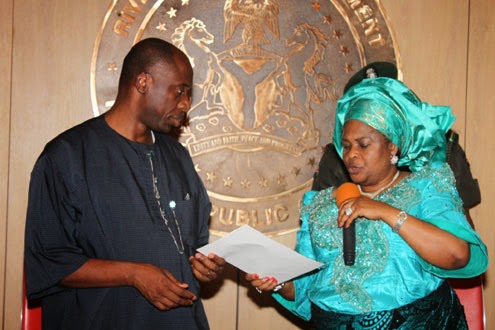 This is what Amaechi said this afternoon:

“Clearly the wife of the president does not want APC to campaign in her home, Okrika,”

“Again, as usual, the wife of the president won’t allow the APC hold rally in that place (Okrika). The wife of the president and the governorship candidate of Peoples’ Democratic Party, PDP in Rivers again organized thugs to disrupt APC rally. As usual, the police couldn’t protect us, we are talking about over 200 policemen. I asked the commissioner of police and he said they have over 200 policemen there.

“Yet, three explosions and then they opened fire on members of APC. The Channels TV reporter I hear, is injured, stabbed, and members of APC injured,”.

“We had meetings with DSS (Directorate of State Security) and police and they confirmed we could go ahead. There were 200 policemen and there were over 20 to 30 DSS men who came there and they did nothing,”.

This blood we are shedding will answer **wink**… Diaris God ooo.