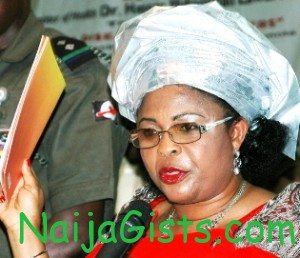 Is Nigeria accursed? I can’t say no. But I’m sure Nigeria is sick. Nigeria is empty like a vase without flowers. Some retrogressive forces won’t just stop doing a number on her. She is not Midas. Midas was a man. Everything Nigeria touches rusts. When life-changing ideologies, products, concepts arrive in Nigeria, they die. It is curious, but this is the way we crookedly are. The interiors of our airplanes are like the sties of drunken pigs. Our highways are pathways to the grave. Our vehicles are coffins. Our telephony is bedlam. Our medicines kill. Our fuel fuels chaos. Our schools devalue. The few concepts and products that remain true to form include arms, ammunition, hard drugs, prostitution and ‘yahoo-yahoo’.

What’s yahoo? Long before it became popular in the US in 1994 when Jerry Yang and David Filo coined Yahoo from the phrase, “Yet Another Hierarchically Organised Oracle,” the word ‘yahoo’ had an etymological meaning traceable to the 18th Century when Jonathan Swift made it popular in his work, Gulliver’s Travels. In the novel, Swift refers to a yahoo as a brute in a human form. Aside from the backronym, “Yahoo,” which is the language of the internet, and yahoo’s etymological connotation of brutishness, the word has been bastardised in Nigeria. Yahoo, in the street parlance of the young, urbane Nigerian youths, has nothing to do with the limitless benefits and possibilities of the Internet. Like our Midas-to-rust penchant, the word, “yahoo”, has assumed the toga of an internet horror in Nigeria. Someone said ex-Nigerian footballer, Jay Jay Okocha, was so good that his parents named him twice. Could it thus be said that the sorrows inflicted on victims by young Nigerians who engage in internet fraud called ‘yahoo-yahoo’ are so grievous that the cyberfraud was named twice?

But, is money ritualism real? I don’t think so. I’m not saying that African juju is not efficacious. I’m only saying that it has its limitations, and its limitation includes money ritualism. The noise about the efficacy of money ritualism is balderdash. Our forefathers once claimed that the gods told them to kill newborn twins and albinos. While this inhuman act persisted, sacrifices were made to the gods, and people rejoiced after each sacrifice was ‘accepted’ by the gods. But when the gods saw the firepower from the arsenal (not Arsene Wenger’s Arsenal o) of the White man, they repented and became born again. If an aborigine had told the elders of the time that it was inhuman to kill twins and albinos, his head would have been severed in Imogun, the Yoruba’s Place of Skulls. People’s beliefs aren’t always in tandem with the will of God. Most often when people commit sin, they do so with style and zeal. If African juju doesn’t have its limitations, why did all African gods fail when the White man came enslaving? Or, didn’t the people call to the gods?

I have no respect for Nigerians politicians. I take their words with a pinch of salt. But I agree with the position of the representative, Osun-Central senatorial district in the Senate, Prof Olusola Adeyeye, who, taunting money ritualism, volunteered to put his neck on the chopping block for money ritual – with the proviso that the money his chopped head produces should be given to the Osun State Government. I make bold to say that ‘Yahoo-yahoo’ boys are just chopping off victims’ heads in vain, there’s nothing like money ritual, but they won’t know until the heads are off. With the rate heads are being severed across the country, there should’ve been a new set of nouveau riche. Generally, all we have among ‘yahoo-yahoo’ boys are ‘two-million-naira-rich’ rogues, who exploited the gullibility of victims on the Internet.

What’s the value of labour in Nigeria? How much does the most powerful man in the country, President Muhammadu Buhari, earn? Deriving its powers from Section 32(d), Part 1 of the Third Schedule of the Constitution of the Federal Republic of Nigeria, the Revenue Mobilisation Allocation and Fiscal Commission fixed the basic monthly salary of the Nigerian president at N292,892.08 while that of the vice-president is N252,063.04. In all, the President’s basic salary and allowances is N1,171,568.33 per month and that of the vice-president is N1,010,524.17 per month. Annually, the total take home of the President is N14,058,820.00 and the vice-president’s is N12,126,290.00.

Then, how come the wife of ex-President Goodluck Jonathan possesses funds that surpass the salaries of all Nigerian heads of state since independence? A few days ago, Mrs. Patience Jonathan, who had huffed all these years about the innocence of her wealth, offered to the Economic and Financial Crimes Commission an out-of-court “amicable resolution of all cases” the agency has against her. According to the EFCC investigation, Mama Peace, as she’s fondly called, spent in a day shopping spree in China, $36,458.40. Probably, Jonathan could have an idea of the financial worth of Patience, but the EFCC insists the wealth of the University of Port Harcourt graduate is fraudulent. The EFCC has traced the sums of $11.8m, $6.7m and $31.5m to the former Bayelsa civil servant. These monies exclude her enormous real estate interests. In faraway Honduras, Rosa Bonilla, wife of ex-President Porfirio Lobo was not as lucky; she was detained on charges of embezzling merely $500,000 in government funds.

Interestingly, Mrs. Jonathan had explained that the monies were got from gifts donated by friends and well-wishers in 15 years, adding that she couldn’t even remember a number of the generous donors, some of whom gave gifts as small as N250,000. The EFCC has linked some accounts to Mama Peace through a former presidential aide, Dudafa Owei.

Could the contents of these bank accounts be the reason why Patience wailed at the 2015 Peoples Democratic Party presidential rally in Lagos, “Lagosians, they send you to jail, they send your fathers to jail, they’ve come back again; they’ll send you back to jail. Me, as a woman, I reject to carry food to my husband in jail, I reject it! Lagos women, are you ready to carry food to jail? Will they change? Why are they looking for your votes today?…(Singing) If you vote APC, na your prison, if you vote Buhari, na your prison. If you vote PDP, e go better!?”

Having vehemently pleaded innocent to the EFCC’s corruption charges, where could Patience’s wealth have come from? Yahoo-yahoo ritual? State treasury? Well, I believe her story; I believe that some whimpering donors donated the monies in appreciation of the lullabies her velvety voice sang to them. She should be left to enjoy her gifts; Buhari has lost the prison keys to snakes.