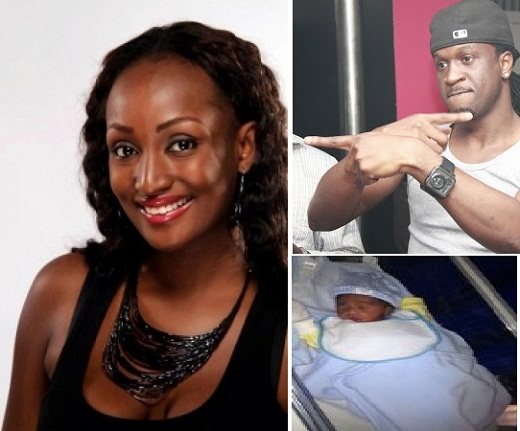 Paul Okoye, the twin brother of Peter Okoye of P-Square has followed the footsteps of singer Tuface Idibia who welcomed 6 children with 3 different women.

Weeks after his first girlfriend , Anita delivered his first born in Atlanta, Georgia, another lady identified as Elshama Benson has delivered a baby boy for him.

The former Miss Plateau State accused Paul Okoye of refusing the paternity of the child.

We learnt Elshama was a very close friend of Paul Okoye’s 1st girlfriend Anita, the lady that delivered Paul Okoye’s first born in the United States Of America.

As we speak, Elshama’s family had contacted Paul Okoye’s father and aunt to persuade them in order to accept responsibilities for the baby.

Elshama who insisted that she never slept with any man since she met Paul Okoye claims she lost her virginity to him when she was just 17 years old.

According to sources, the new mother had been in touch with Paul Okoye, but he had not been forthcoming beyond telling her that he plans to arrive in London for a DNA test to ascertain paternity.

Benson Igbanoi’s father said his daughter was very committed to Paul Okoye. He also revealed that he had sent several emails to the Paul Okoye about his daughter’s pregnancy with no response.

Stay in touch with NaijaGists.com as this story unfolds.