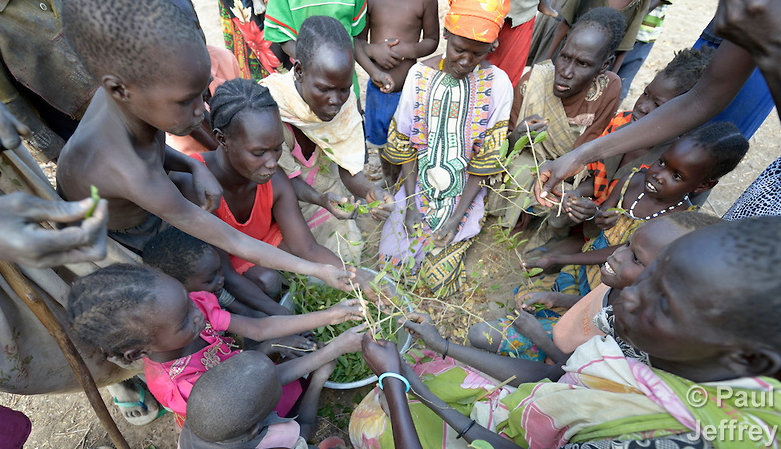 An aid agency today said hunger is now forcing the people of South Sudan to eat leaves from trees due the extreme famine situation in the crisis torn country.

The Norwegian Refugee Council (NRC) said that children and others in a community outside Aweil Centre County in the north of the country where its staff visited are surviving on trees and seed stocks.

“The bitter leaves eaten by families we spoke to are from the Lalop tree, and have limited nutritional value.

“When families eat these leaves and little else, malnutrition quickly follows,’’ Zawar said in a statement.

The agency said the emergency teams on the ground have helped support more than 100,000 people affected by the food crisis since the declaration of famine in parts of the country. 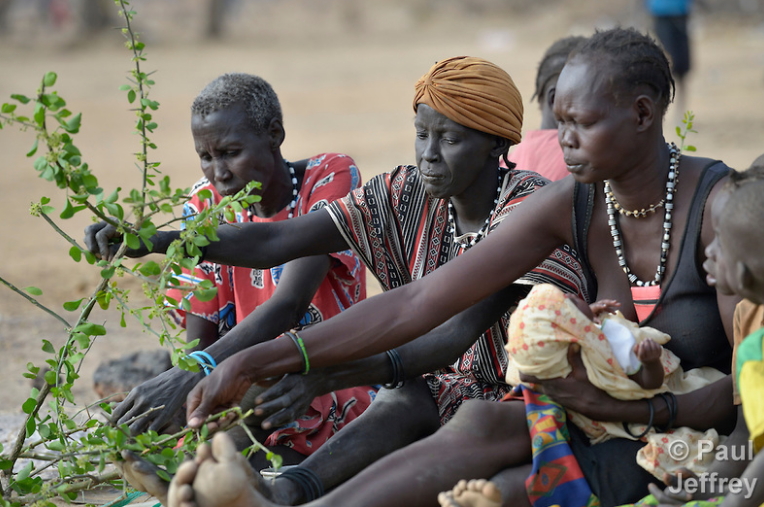 According to UN, insecurity and lack of access have complicated an already worrying situation as more than 100,000 people face starvation in the famine-declared parts of the country, and a further one million are on the brink of famine.

There are also fears that by the height of the lean season in July, some 5.5 million people could face severe food insecurity across the country.

Additionally, since December 2013, about 3.4 million people have been displaced, including about 1.5 million who fled as refugees to neighbouring countries, NRC said food crisis has hit Amothic in Aweil Centre County hard.

The agency noted that while famine has already been declared in Leer and Mayendit counties to the south, villages outside Aweil are also running out of food.

Formerly known as the state of Northern Bahr el Ghazal, the counties which make up this region are currently in the crisis phase or emergency phase of food security; the latter is one level short of famine.

This region previously was the site of a famine in 1998.

Mariah Carey Dumps New Boyfriend Bryan Tanaka Because He Is Jealous Of Nick Cannon
Why Makeup Is Bad For Your Skin: Dermatologist Highlights Dangers Of Chemicals In Cosmetics