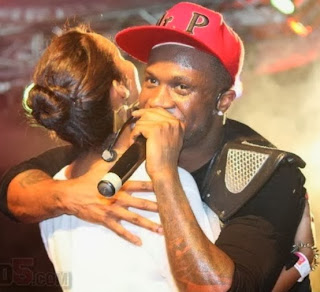 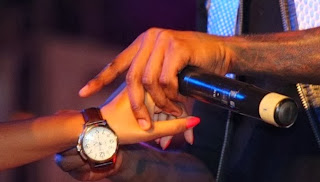 In a development that could bring tears to his wife’s eyes, P-Square musician Peter Okoye was recently spotted at a concert in Tanzania having a romantic moment with a lady on stage.

According to sources, Peter Okoye picked on a female fan and gave her a big kiss.

Moment after that, he also gave out his wrist watch to the lady for a remembrance of him.

Check out more photos of Peter Okoye kissing the lady and others below: 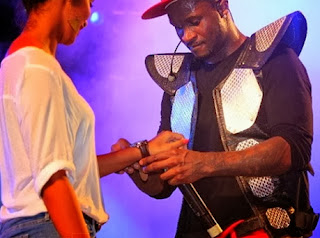 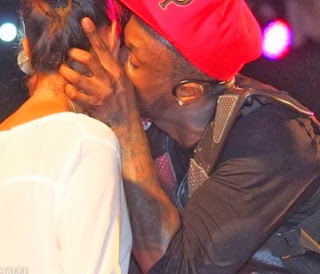 Peter Okoye and his long time sweetheart, Lola Omotayo got married in Lagos two weeks ago.

By the way where is his wedding ring?