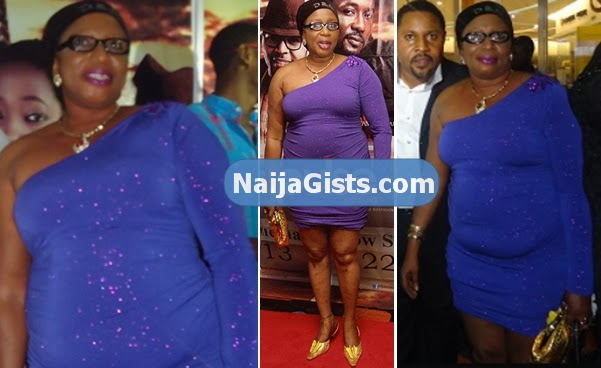 Veteran Yoruba actress Ayo Mogaji is back with her controversial use of words when dealing with the press.

The popular Nigerian movie star said in a recent interview that she hates being call a Yoruba actress.

“I will never accept such because I am an actress not a Yoruba actress. If you call yourself an actress, you should be able to interpret any role being given to you in as much as you understand the language. I will use the word Nollywood actress for me rather than being referred to as a Yoruba actress, because I do act both in the English and Yoruba industry. So, I feel so sad when you say Ayo Mogaji is a Yoruba actress”

Is she trying to deny her people or what?

Ok madam we hear you o.