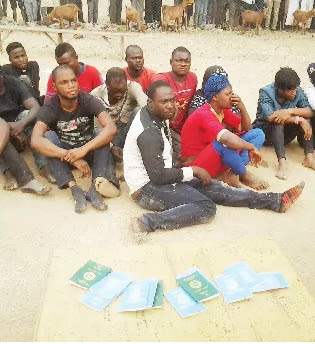 The suspects were arrested at Karfi village in Kura while coming into Kano with face ECOWAS passports.

Kano State Police Commissioner, Muhammad Katsina said the suspects were going to join Boko Haram-like fighters in Libya when they were intercepted.