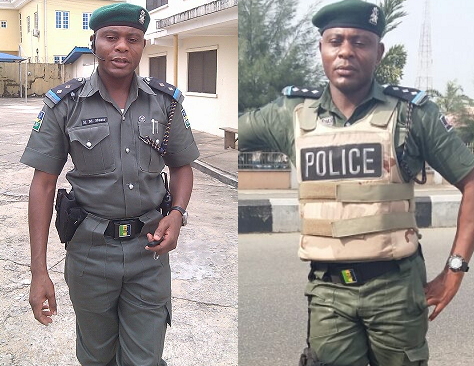 Five police officials returning from Yobe after a special assignment were shot dead by unknown gunmen in Rivers State today.

The gunmen suspected to be robbers attacked Police DSP Nasiru Halidu (pictured above) and his colleagues around 3am on Monday in Okobe area of Ahoada Local Government Area of Rivers State.

The policemen were returning to their base in Yenagoa Bayelsa State when they were attacked near a military check point.

River State Police Commissioner Musa Kimo who expressed sadness over the brutal murder of the officers vowed to fish out their killers.