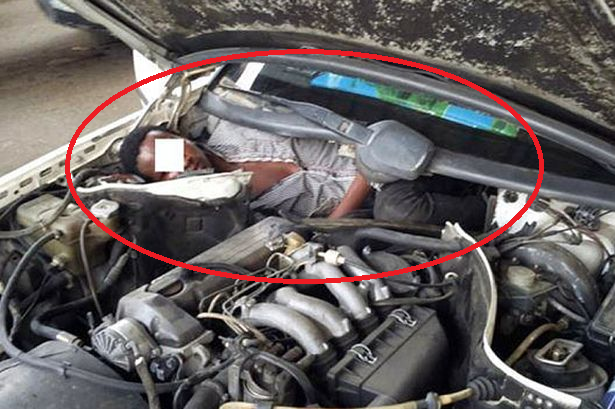 Can you see the Africa man hiding inside the car engine above? He is one of the desperate African migrants caught by Spanish Immigration officials during a routine check at the border.

The unidentified man who hailed from Guinea stunned Immigration officials in Ceuta few days ago.

Spanish police suspected the nervous driver because of his body language.

According to Telegraph, the above car had travelled from Morocco into Spain. The migrant was found in a foetal position behind the car engine and radiator.

He was found almost unconscious because he has inhaled fumes coming the engine.

Another migrant was found hidden behind one of the car seats.

The duo have been hospitalised for severe dehydration and cramp.

Chei!!! Lord have mercy which kind desperation is this!!! Na so Africa bad??