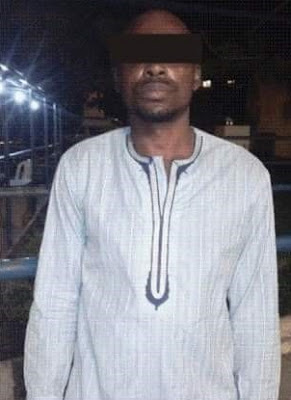 The NURTW Vice Chairman for Ajegunle has been arrested for allegedly buying over 4256 stolen phones from criminals in the state.

In his confession, Bamidele said he has over 52 boys armed robbers, pick-pockets and one-chance gang working for him.

The socialite popularly called Elewure blamed his first wife for his ordeal.

“I was pushed into the business by family pressure. I have two wives and seven children. I have so many dependents. What I pay as school fees alone is staggering. I have too many problems in life. My mother gave birth to 13 children with my father. Though both of them are no more, only three of us are left. I am the breadwinner of the family.”
“My first wife’s children are part of the predicament I have. Since I married the second wife, I have not known peace. Can you believe that since I was arrested, she has never called or visited me? I know this is a lesson for me in life. She has seven children for me and what I pay as school fees for her children is staggering,”.

Kazeem Bamidele’s case has been transferred to SARS for more investigation.