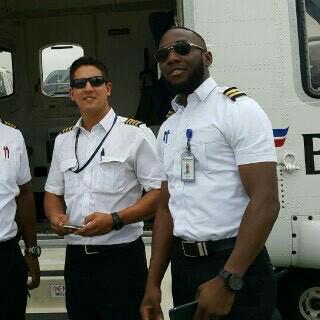 The pilot of the ill-fated Helicopter that crashed yesterday in Oworonshoki has been found dead.

Captain Jay Wyatt’s body was identified few hours ago after divers pulled out two bodies from the scene of the crash.

Captain Wyatt born in Oklahoma has been working for Bristow Helicopter since 2006 while the co-pilot, a Nigerian identified as Peter Bello joined the company in 2014.

Their bodies had been taken to Mainland Hospital mortuary for autopsy.