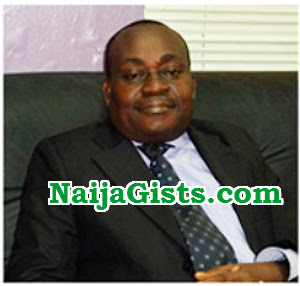 While Rivers state chapter of the Nigerian Medical Association is still pleading for the release of Dr Mrs I.B Apriokor from the den of her kidnappers, another abduction has been reported.

Pictured above is Dr Isaac Opurum, the Director of Rivers State Primary Healthcare Board.

He was abducted at his home around 3am on Tuesday.

Female Ophthalmologist, Dr Apriokor was abducted while heading to church on Sunday January 10, 2016 in Port Harcourt.

Dr Opurum’s kidnappers are yet to contact his family members.

Continue Reading
You may also like...
Related Topics:picture of the doctor kidnapped in port harcourt today, show me dr isaac opurum pictures