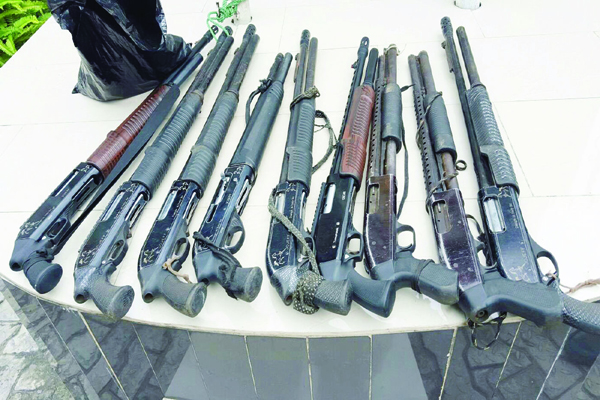 Some dare devils reportedly abandoned their weapons during a hot police chase in Lagos yesterday.

According the officials of Area E Police Command, a fleeing motorcyclist and his passenger gave up around 7th Avenue in Festac on Sunday during a chase by a patrol team around 12 midnight.

“We moved forward in pursuit of the bike and as soon as they sighted us, they ran away, abandoning the motorcycle and the sack. We could not shoot because we did not know what was in the sack. But when the sack was searched, we found nine pump action guns and 42 live cartridges,” he said.

Police had earlier found another sack which contained 2 pump action rifles and 8 live cartridges abandoned in an unregistered vehicle in Amuwo Odofin around 11:15pm.

Investigations are ongoing to fish out the culprits.