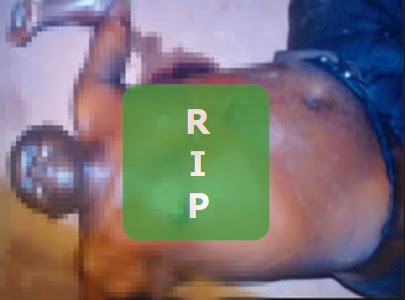 A 60-year-old pastor, Mr. Joseph Adebo, has been killed by armed robbers who unleashed terror on residents of Oke Ela area in Ilaro, Ogun State.

According to Metro, the pastor was shot in the chest and his left arm by the robbers. It was further gathered that Adebo was pastor in charge of a Pentecostal church situated at Powerline, Oke Ela in Ilaro.

Our correspondent learnt that the robbery gang, whose number has yet to be ascertained, stormed the area around 3am of Saturday, October 4. They were said to have fired several gunshots into the air to scare the residents as they went from one apartment to the other, dispossessing residents of their valuables.

We learnt that when they got to Adebo’s church, an argument reportedly ensued between the robbers and the pastor during which he was shot dead, while the assailants were said to have quickly taken to their heels.

The Ogun State Police Public Relations Officer, Muyiwa Adejobi, while confirming the death, said the police were still working on a lead to get the robbers.

He said, “The case was reported to the Ilaro Police Division. The pastor was killed by the robbers during their operation. Unfortunately, no suspect has been arrested as of now, but we have a lead we are working on. I do not want to disclose names so that our investigation will not be jeopardised.”

A resident of Oke Ela area, who begged to remain anonymous, told PUNCH Metro that Adebo might have been alone on the church premises, adding that the clergy was shot dead probably because he did not ‘cooperate’ with the robbers.

He said, “The robbers came in the early hours of the morning. No one really knew their number. They were moving around houses, and they did not even spare the church. No service was going on in the church, but the pastor was around. I think he was also the only person in the building.

“He might have been shot because he argued with the robbers. Some neighbours believed he was eavesdropping on the robbers’ conversation, and had wanted to raise the alarm. But when they found out, they got infuriated and one of them shot him, leading to instant death.”

Another resident who gave his name as Olufemi, said neighbours were shocked when they woke up in the morning and found the pastor’s corpse inside the church.

He said, “When it was morning, we found him in a pool of blood right inside the church building. Everyone was shocked at the sight. After all the commotion, we reported the incident at the Ilaro Police Station.”

Adebo’s corpse had been deposited in a morgue in Ilaro. Meanwhile, attempts to reach the family of the pastor or members of the church for comments were not successful as of the time of report.