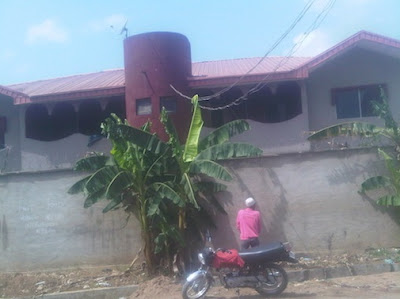 In the early hours of Saturday, April 9th 2016, 4 robbers stormed a sisters convent at Irede street in Ijegun area of Lagos.

The robbers broke the gate and doors and carted away valuables.

They later proceeded into SS Joachin and Anne Catholic church where the priests reside to continue their looting.

A security guard on duty was brutally attacked while trying to resist the dare devils.

However none of the sisters or priests suffered physical attacks or injury.