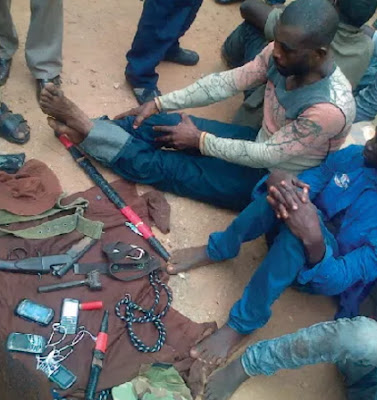 The officials of Bauchi State Police command have arrested 4 notorious kidnappers terrorizing residents of Darazo, Kundan and Bununu area of the state.

The suspects identified as 20-year-old Yalwan Jikar, 20-year-old Ibrahim Musa, 22-year-old Sani Mohammed and 22-year-old Abubakar Ahmed from Bauchi state were caught while carrying out an operation in Kundan axis of the state.

Continue Reading
You may also like...
Related Topics:arrested, bauchi, kidnappers, most, state, wanted