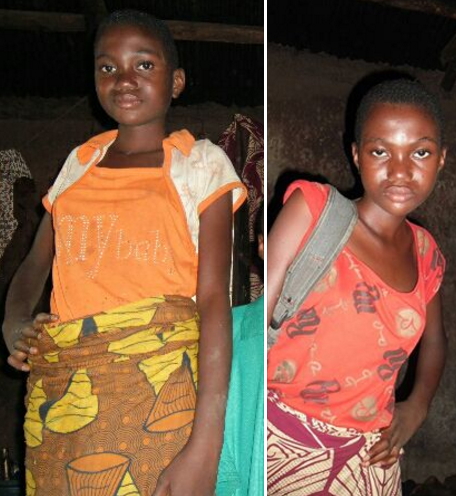 March 2nd, 2016 – Picture: Another Christian Girl Patience Paul Kidnapped By The Hisbah Group In Benue State Forced To Convert To Islam In Sokoto

Another innocent girl has been kidnapped in Benue state.

Patience Paul (pictured above) was abducted last year August and taken to the Sultan of Sokoto’s palace.

Hear what her elder brother said on FB:

BENUE people let’s help our own. Keep sharing until she gets help.
SUMMARY
Subject matter: Forceful abduction
Name of complainant: Paul Isaac Adaji, from ohimini L.G area of Benue state.
Reasons complain about: Forcefully abduction of my younger sister by two of our neighbours (Monde & Suleiman) and the Hisbah group in gidan kukah, Runjin sambo area sokoto, with the intention of converting her to Islam. They confirmed to the police that they took the girl to the sultan’s palace, but the police later said nothing but ask the complainant to go and maintain peace.
Date missing: Since on the 12th of August 2015.
Name of the Girl: Patience Paul.
Her age Now: 15 years.
Language spoken: Idoma
Her whereabouts: In the Sultans palace.
GSM Number of the Hisbah commander’s or abductors:
Ilyasu Muhammed
Gsm No. 08169317038
Umar Dauda Gada
Gsm No. 08035584277
Dr. Kasarawa (GSM Num. not known)
Thanks and hope to hear from you soon.