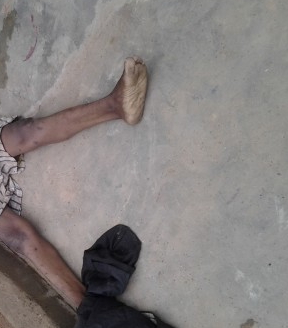 Pictured above is the lifeless body of an unidentified native of Anambra state who reportedly died in the early hours of today of an unknown cause.

The Igbo man who works as a plastic mender was said to be in his early 40s.

He lived alone in a Shanty-like house near a hotel in the area.

Residents of Ago Oko area of Abeokuta South LGA of Ogun State said he was dumped by a wall in a new shopping complex in the area this morning.

A resident identified as Mama Itoku said she knew the deceased was a drunkard. She maintained that he couldn’t have died from intoxication. 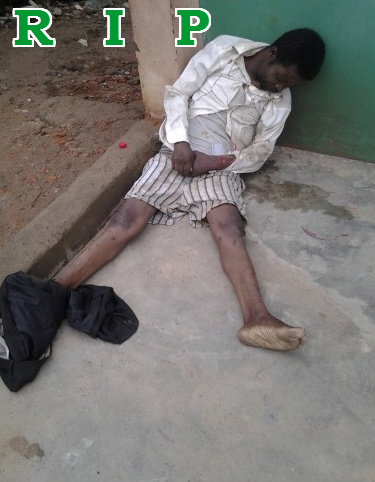 The corpse of the deceased has been removed as the time of filing this report.

Who could have done this to a fellow human being???