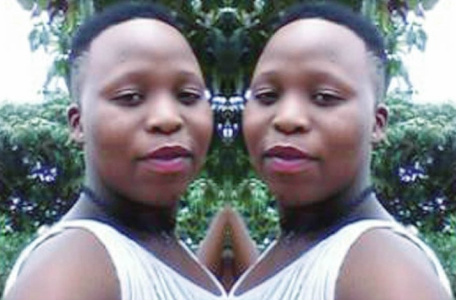 June 20, 2017 – Photo: Decomposing Corpse Of Dead Lady Wakes Up During Her Burial In Zimbabwe

Pictured above is Thulani Nokwazi, a Zimbabwean teenager murdered and thrown into the bush last week in Bulawayo Iminyela area of Zimbabwe.

However during her burial, she gave mourners the shock of their lives when she suddenly woke up from the dead.

Those who witnessed the miracle of nature said, they heard her groaning in pain just as she was about to be committed to mother’s earth but as God will have it, they opened her casket and saw her speaking.

Before people came to her rescue, almost all the mourners including close family members took to their heels however, the bold men among them attended to her.

According to NewsDay, she is currently in stable condition at the hospital.

Her father, Ingoyama Nokwazi who described her return as miracle said it is too good to be true.

What makes Thulani’s case a big miracle is that she was already decomposing when her corpse was discovered in a bush.

Political Nomad Obanikoro Defects To The APC Party To Escape Justice In The Face Of Corruption
Kunle Churchill: I Can Never Reunite With Tonto Dikeh, I Hope Her Bad Habit Won’t Rub Off On My Son