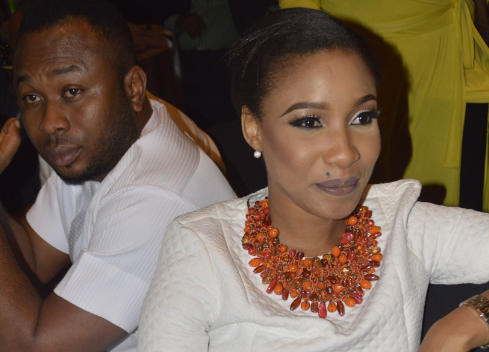 June 20, 2017 – Kunle Churchill: I Can Never Reunite With Tonto Dikeh, I Hope Her Bad Attitude Won’t Rub Off On My Son

The father of Tonto Dikeh’s son, Olakunle Churchill has finally given up on the hope that he might reunite with the actress soon for the sake of their son.

This new revelation came after Tonto Dikeh sent a rude SMS to Kunle’s mother when she begged her to give her son the chance to father their son.

In a new interview, the real estate mogul said before Tonto Dikeh’s rude gesture on Father’s day, he was hoping that they will get over their differences to give their son a good upbringing but when she insulted him on Father’s day and sent a rude text message to his mother, he changed his mind.

Kunle who confessed that only God can save his estranged wife added that he is still the only one catering to the needs of their son through the Zenith bank account he opened for him when he was 4 months old.

The young entrepreneur also said: “I pay money regularly into Tonto Dikeh’s personal account even though she has never acknowledged receipt” .

Continue Reading
You may also like...
Related Topics:dikeh, husband, tonto

Photo: Dead Lady Already Decomposing Wakes Up During Her Burial In Zimbabwe
Photo: Omotola Jalade 2nd Daughter Meraiah Ekeinde Graduates From High School In The US