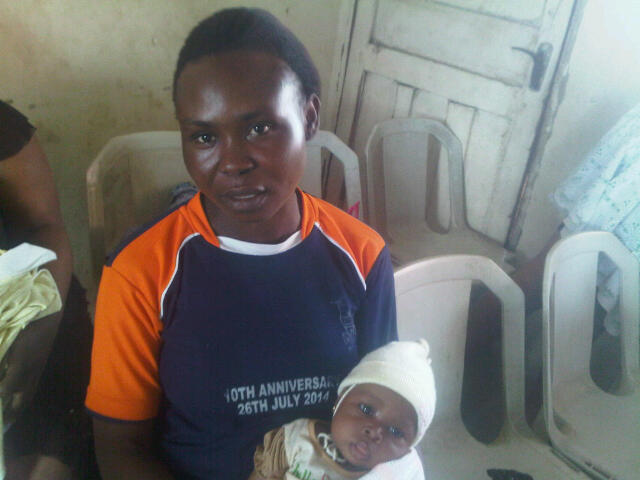 Crisis is brewing in a Lagos Catholic school after a woman who had worked for nine years in the school as teacher was sacked for going on maternity leave and was paid N2,500 (about $12) as her severance benefit in Ejigbo, Lagos state, western Nigeria.
Parents of pupils of the school under the umbrella of Parents Teachers Association, PTA, protested the sack and demanded her immediate reinstatement and full payment of her benefits.

The woman, Mrs. Cynthia Patrick, who resides at 12, Folawiyo Street, Ejigbo, was employed as a primary school teacher by the management of St Peters Primary School, Ejigbo years ago.

She was on N10,000 monthly salary and when she was eventually sacked, she was paid N2,500 as her entitlement despite the fact she did not owe or borrow money from the school.
While she was working there, she got married and became pregnant and applied for maternity leave to deliver her baby, which was granted to her.

However, during her delivery, there was complication and doctors asked her to rest before resuming work, and she informed the school authorities in writing.

She said she was surprised when she resumed work and was given a letter terminating her appointment.
The letter was signed by the director of the school, Rev. Father Mathew Ogunyase.
She said the matter was made worse after they paid her N2,500 as her severance package.

The embittered woman said she was surprised by the way she was treated despite the fact that she was among the pioneer teachers who worked hard for the progress of the school.
Mrs Patrick said she was traumatized by the treatment meted out to her.
Her sack has caused friction between parents of pupils in the school and the management.

The parents have insisted that the injustice against the woman must be addressed.
Confirming the development, the Chairman of PTA, Mr. Okwudili Ude, said when the woman was narrating what happened, he did not believe until he went to the school to make inquiry.
He said he was surprised that the management confirmed what the woman said and he had to call other parents to inform them.

He explained their intervention was because they are critical stakeholders of the school.
Ude also said if the management refuses to meet the PTA’s demand, they will embark on protest to draw the attention of the authorities especially the Catholic Bishop to the matter.

Some of the parents who spoke to our correspondent said the whole thing was embarrassing and said they were determined to speak on behalf of the hapless woman.
When our reporter made efforts to contact the school’s director, Rev Ogunyase, he was said to have travelled abroad on vacation leave.

However, the management confirmed the development and explained that the school had a set of rules and regulations guiding the disengagement of members of staff, adding that it was in line with such rules that Cynthia was paid N2,500 as her severance package.

They said they have no power to address the issue.