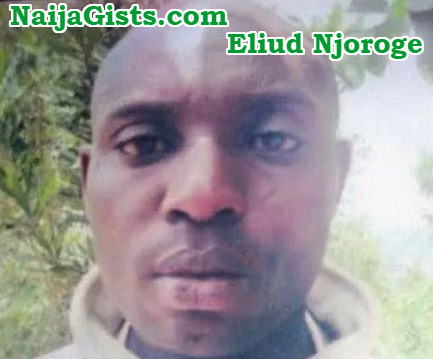 March 1st, 2017 – Photo: Kenyan Man Says 2 Female Spirits Have Sex With Him Every Night Since 2012, Seeks For Deliverance

A man from Kenya who is tired of spiritual oppression of close to 5 years has opened up to a media outlet in Nairobi Kenya.

Mr Eliud Njoroge, a resident of Kangemi in Kenya revealed that two female spirits visit him every night to forcefully strip him naked and sucked on his manhood.

Njoroge said the strange spiritual encounter started back in 2012 when he heard the cry of a girl outside his house at night. He reportedly went out to see how to intervene but on getting outside, he saw two women who disappeared upon seeing him.

Here is what the Kenyan man who is desperately seeking for spiritual solution to his problem told The Nairobian News:

Hmm what a strange world!!! This Oga needs urgent deliverance.