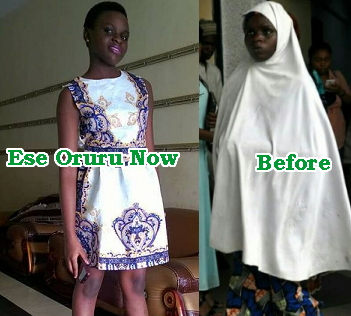 The 14-year-old Christian girl allegedly kidnapped by her Muslim boyfriend in Bayelsa state last year and forced to convert to Islam was rescued on the 29th of February in Kano.

Even after she was forced to convert to Islam and marry her boyfriend, Ese Oruru’s parents refused to give up their fight to have their daughter back. 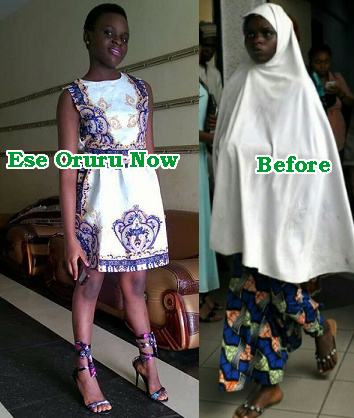 Her sister has now released her latest photo to the social media.

In the now viral photo, Miss Oruru looks totally different and more calm than the way she looked few months ago.