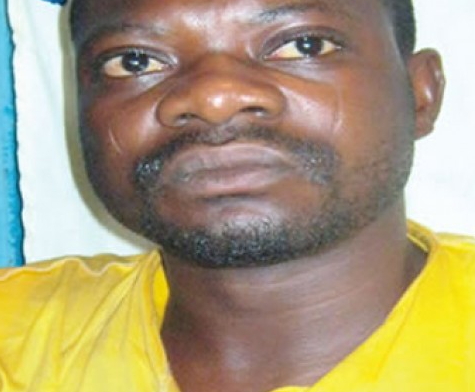 An Oyo State High Court sitting in Ibadan today sentenced a 30-year-old man, Yusuf Nasiru, to death by hanging for strangulating and hacking to death a six-year-old girl.

Justice Eni Esan held that the evidence before the court, Nasiru was guilty of murder.

Esan said the Prosecutor, Mr Abdualah Olawale, was able to prove the charge of murder against the accused.

“The accused is an evil man that deserves no mercy for terminating the life of a six-year-old girl; he deserves the full wrath of the law.

“He is hereby sentenced to death by hanging until he dies,’’ Esan said.

Olawale had earlier told the court that Nasiru committed the offence on March 12, 2014, at Isale Awero, Moniya area of Ibadan.

He said Nasiru had picked up the victim from a road close to her school and killed her.

“After the accused killed her, he cut her body into several pieces and put them in a sack.

“The remains of the body were discovered after three days in the house of the accused in Moniya area of Ibadan after his neighbour noticed that a bad odour was oozing from his house,’’ he said.

Olawale said the accused ran away when he discovered that his neighbour had reported the matter to the police and was later arrested in Sokoto State.