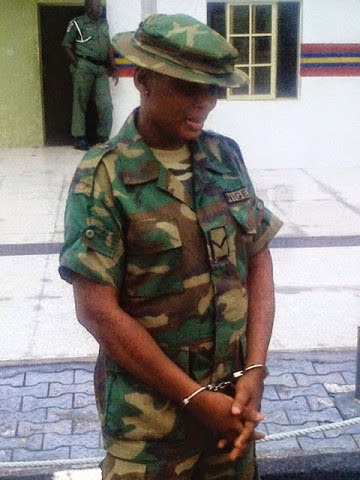 A fake army officer terrorisng the people of Akure in Ondo state has been re-arrested.

The fake female soldier identified as Tonye, was first arrested at a check-point by the military men of 323 Artillery, Akure and handed over to the police but was later granted bail.

Ondo Police Commissioner Isaac Eke stated that the suspect was again arrested at military checkpoint at Igbara-Oke while in a military uniform performing security duties.

The suspect however, said she resulted to the illegal act when life became miserable for her, saying “it was when I was searching for means of survival that I got myself involved in the criminal act.”

Tonye said she purchased the army uniform from Delta State. She pleaded for mercy and promised never to do it again.