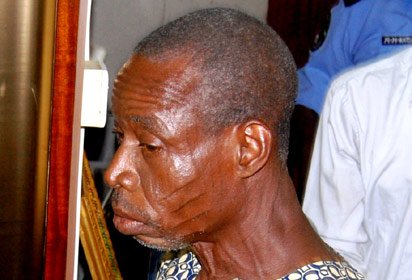 Pictured here is 60-year-old Tajudeen Awoniyi who was arrested yesterday in Moniya area of Akinyele LGA of Oyo State for allegedly defiling his daughters and nieces.

Though the elderly man denied the allegations, two of the victims narrated how he carried out the evil act.

This is what one of the suspect’s nieces said;

“On that fateful day, his daughters came to our house and wanted us to follow them to their place. On getting there, her father told us he would give us soap by mid night which we must use to bathe. Around 1:00am he woke me up, gave me a black soap and asked me to go and take my bath. After taking my bath, I went to him and he placed something under his tongue and asked me to sleep on a bench. He had sex with me. Afterwards, I was bleeding and he asked me to go to bed. By morning, he sent my sister and me out of his house.” 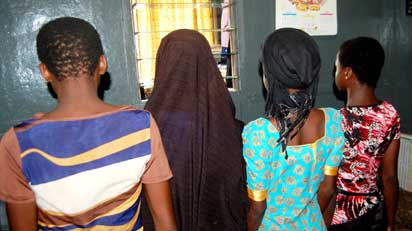 Here is what one of his daughters told police;

“We came home with … (the victims) but when it was too late, they decided to sleep in our house. My father later gave them black soap and he called them into his shrine one-by-one and raped them. Each time he was drunk, he would rape me and my sister in the house. He had done it to me three times. I cried but I could not tell anyone because he threatened to punish me”.

Doctors said the victims ages 14, 15, 16 and 17 all tested positive to sexually transmitted disease.

Awoyini who was sobbing heavily while the victims were confessing denied the allegation.

He said his brother framed up the story because of a minor family issue.