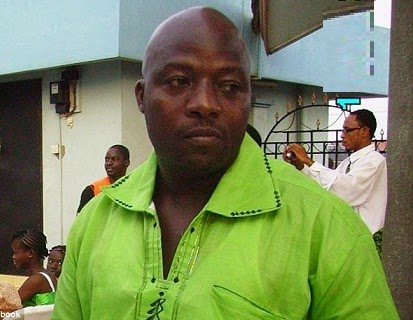 Meet Eric Duncan, the Liberian man who unknowingly imported Ebola Virus into the United States of America less than two weeks ago.

On August 20, Duncan traveled to Ebola-torn Liberia to visit his family members.

In Liberia, he had contact with several Ebola patients including an infected pregnant woman whom he helped to carry to the hospital 3 days before he boarded a flight back into the US.

The pregnant woman identified as Marthalene Williams,19, was his girlfriend back home.

She was eventually turned away from the overcrowded hospital but Duncan cared for her until her death.

The landlord of the infected woman and those who came in contact with her died of the virus.

When Duncan headed back to his base in Texas, he showed no symptoms of the virus. He surrendered himself at the hospital when he started feeling sick but he was given antibiotics and sent home.

Eric Duncan then spent another 4 days at home getting sicker and sicker. He reportedly came in contact with his girlfriend’s children and friends.

He returned to the hospital when his condition became life threatening and was finally diagnosed with the killer disease.

His contacts have been isolated for public safety.

Eric Duncan has been listed in serious but stable condition at the Ebola Isolation ward of Texas Health Presbyterian Hospital.