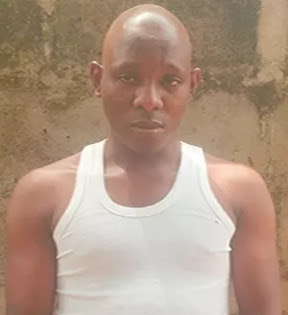 A prison warder has been arrested for aiding the activities of kidnappers and armed robbers.

27-year-old Agim Chukwuma who claimed he was introduced by one Henry Chibuzor aka Vampire started like a child’s play and before he knew it, he was recruiting, organizing and ensuring that guns were available.

Chukwuma was having a swell time until detectives attached to the Inspector General of Police (IGP), Special Intelligence Response Team (SIRT), burst his bubble. He was arrested along with Joseph Chiaotu alias Ejima, Anozie Chinonso and Uzordima Chukwudi.