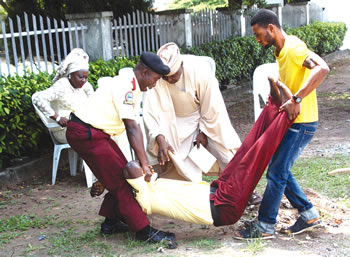 A Traffic Management Authority official slumped over the weekend while controlling a very heavy traffic in Idi Araba.

According to eyewitnesses, the incident happened around: 1:15pm along Iju Ishaga Road while the LASTMA official identified as Kazeem Lawal was busy directing traffic caused by a ceremony at a popular Pentecostal church in the area. 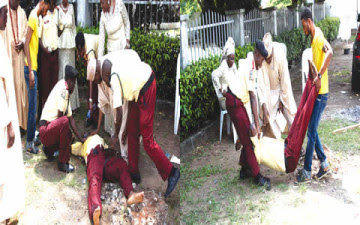 When all efforts to revive Kazeem Lawal, proved futile, his colleagues quickly rushed him to Randle Hospital in Surulere Lagos where he was pronounced dead.

One of his colleagues blamed dehydration for his death. He said the official who died stood at the same spot for over 4 hours without water or food.