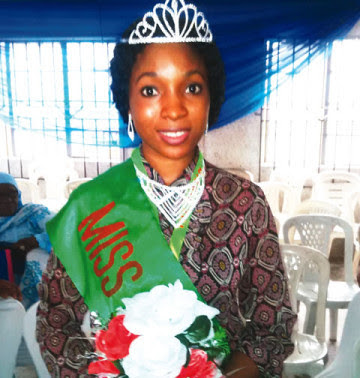 Meet 19-year-old Mosunmola Oladipo, the winner of Miss Virginity 2015 Beauty pageant event that held in Surulere Lagos over the weekend.

On Saturday 15th of August 2015, Mosun beat 51 other self-confessed virgins.

The 52 contestants were mobilised by a Muslim cleric, Alfa Sharafadeen Bulala.

The candidates were judged on their appearances and I.Q

Although the originator of the competition, Princess Adunni Adediran, noted that the contestants were not medically or physically tested, she said it was organised to honour and appreciate virgins.