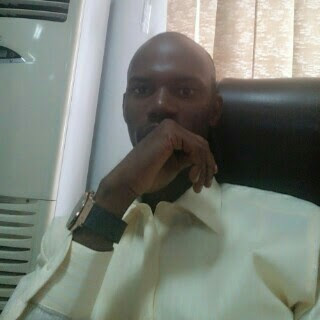 Popular social media critic and public analyst SF Emmanuel Ojo Adediran has been picked up by the Chief Security Officer of Governor Ibikunle Amosun over a report of his wife’s purported arrest in London.

The report first shared by Emmanuel Ojo on Facebook before it went viral stated that Ibikunle Amosun’s wife, Olufunsho was arrested in London few weeks ago after she was caught with $300,000.

The report was not debunked by Mrs Olufunsho Amosun until about 2 months later.

Emmanuel was tricked by Amosun’s CSO and arrested on Saturday night.

He is currently in Police detention as all efforts by PDP to secure his bail failed.