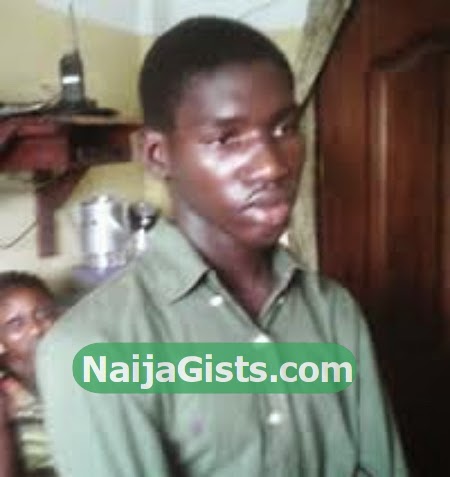 An Oshodi-based SS3 student is currently in detention following a gruesome attack on his father.

Yesterday, the boy simply identified as Ikechi threw caution to the wind when he stabbed his father with a kitchen knife because he refused to buy him Christmas Clothes.

According to family sources, the victim identified as Anthony was said to have explained to Ikechi that he had only “small money” which barely paid for the Christmas clothes of his three siblings, but all appeals made by his father fell on deaf ears.

Ikechi’s cousin, Ukachukwu, revealed that Ikechi was so livid that he quarrelled with his father through the night, insisting that he must get his Christmas clothes, because he wanted to wear it to the birthday of a friend at one of the beaches along the Victoria Island-Epe Expressway, on Sunday.

Another family member said Ikechi prevented his father from going to work but when he got fed up, he reported flogged him repeatedly, Ikechi reached for a knife and stabbed him straight in the eye. Upon seeing the horror of his deed, Ikechi ran away from home.

Oshodi Lagos Police officials have arrested Ikechi who is likely to spend his Christmas behind bar for the vicious attack on his poor father.