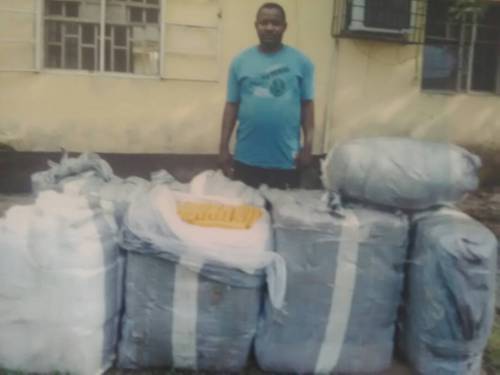 The accused who resides in Badagry allegedly transported the prohibited substance in a vehicle belonging to his employer.

He was nabbed on Sunday the 14th of May 2017 at Gbaji Customs check point along Seme Badagry road by the officials of the National Drug Laws Enforcement Agency on duty.

Emmanuel was today charged before Justice Rabiu Shagri of the Federal High Court in Lagos with 2 counts of unlawful possession of Marijuana.

He pleaded not guilty to the offence.

Justice Shagari adjourned the case until September 28 for ruling on his bail application and ordered the accused remanded in prison custody.