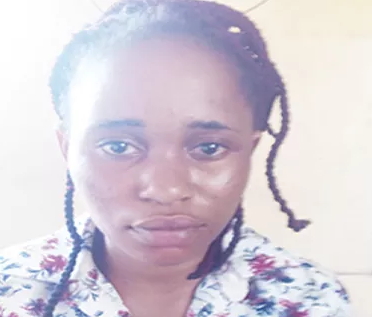 Pictured above is Onyinyeche Ogbonna, a 20-year-old lady accused of having poisonous teeth.

She reportedly bit one Engineer Pius Ezema in Ebute Metta area of Lagos on March 12 after the deceased attacked her for disturbing him with her prayers.

The deceased passed away on the 14th of March 2016, exactly two days after Miss Ogbonna bit him.

The suspect said she was told at Denton Police Station that she has poisonous teeth.

“I want police and government to carry out an autopsy on Pius. They should also carry out a medical examination of my teeth.” – the suspect told investigators

Nigerian Judge Jails Mother Of 3 Today For Scratching Her Car On Monday
Tragedy: 9 Burnt To Death In Fatal Accident On Abakali Enugu Road In Ebonyi State