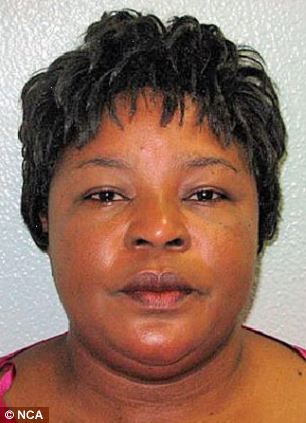 British nursing authorities have blacklisted a Nigerian mental health nurse after she was convicted and sentenced for smuggling a younger Nigerian woman into Britain to work as a sex slave under the threat of a black magic curse.

Florence Obadiaru, 50, and two other traffickers from an international prostitution ring forced their 23-year-old victim to fly into Heathrow with a bogus passport in September 2011, a tribunal heard.

Before leaving Nigeria the victim was raped and subjected to a ‘juju’ death ritual where gang members told her if she did not pay them £40,000 she would die.

She was promised a job in the UK so she could repay the debt, but when she arrived she was kept at Obadiaru’s house, sexually assaulted and told she was destined to work as a sex slave in Italy.

The ‘horrific’ plan was only thwarted when Italian authorities spotted the victim’s forged ID and sent her back to the UK.

Obadiaru was jailed for two years in July 2014 after being convicted of trafficking the woman into the UK for sexual exploitation and arranging for her transfer to Italy.

She has now been struck-off the nursing register after a Nursing and Midwifery Council disciplinary hearing.

Chairman of the panel Robert Barnwell said: ‘You have been convicted of conspiracy to commit a deplorable and horrific crime in which a young woman was trafficked for the purposes of sexual exploitation, and your conviction goes to the very core of the principles involved in nursing care.