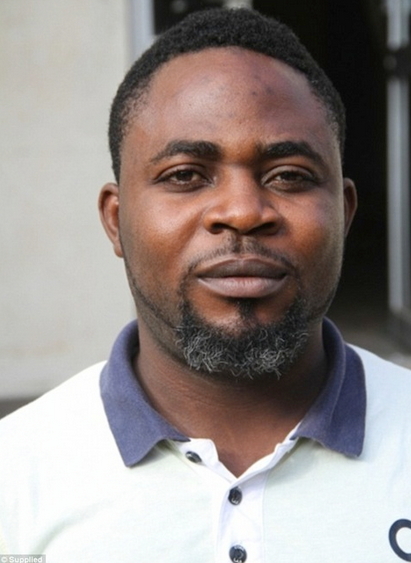 A suspected internet fraudster, Akintunde Vincent Abiodun, has been quizzed by operatives of the Economic and Financial Crimes Commission, EFCC, for allegedly defrauding a New Zealand woman the sum of $267,000 (Two Hundred and Sixty Seven Thousand New Zealand Dollars Only). Akintunde, a 37-year-old HND holder from Federal Polytechnic Auchi, Edo State, is said to have defrauded the victim of the said amount by claiming to be Christopher Williams from United Kingdom.

According to the complainant, she met Akintunde in a dating site on the internet and allegedly fell in love with him. She said Akintunde started collecting money from her after he claimed to be in possession of gemstone worth $18,050,000 (Eighteen Million and Fifty Thousand Dollars ), which he purportedly inherited from his father. She further said, Akintunde hoodwinked her into believing that he was coming to New Zealand to settle down with her.

She alleged that the money she sent to the suspect were received in Malaysia and Nigeria by persons bearing Norisha, Jalan Klan, and Mohammed Haizam Bin Fauzin. All of them claimed to be friends of Akintunde. The suspect will be arraigned in court as soon as investigation is completed.

[Official Press Release By The EFCC]