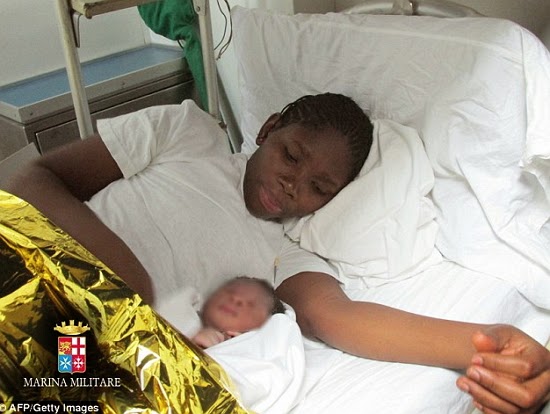 The Italian Navy rescued some 1,300 migrants in several operations late on Christmas Day, among them a Nigerian woman who gave birth on board one of the rescue vessels, local media said Friday.

The majority of the migrants were on boats adrift off the coast of Sicily and were expected to be brought ashore later Friday.

Italian media said one man was found dead on board one of the boats.

At least another 1,000 migrants were also rescued by the Italian Navy on Christmas Eve.

Italy has been struggling to cope this year with a massive jump in the number of migrants trying to cross the Mediterranean Sea to Europe, the majority of them from war-wracked Syria or Eritrea.

According to the Interior Ministry, 167,462 migrants have arrived in Italy by sea since the start of the year through to December 17.