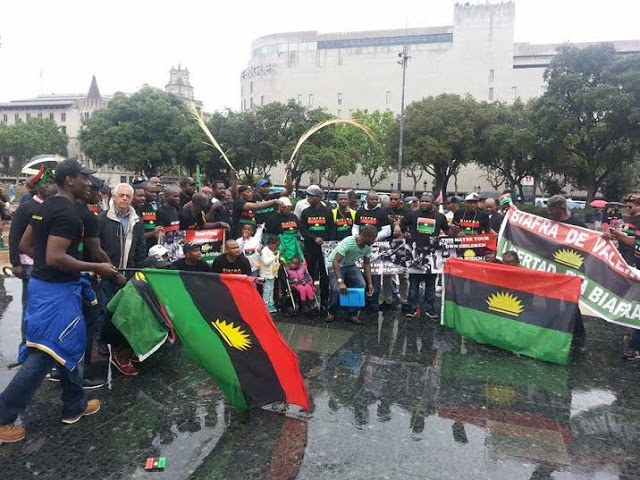 Some Nigerians were yesterday chased out of the Leopold Sedar Senghor in Dakar, the capital city of Senegal stadium for displaying the flag of Biafra during the football match between Algeria and Nigeria.

The Senegalese authorities took the displaying of the flags as a “militant act”.

VP of Senegalese Football Federation, Amadou Kane immediately ordered them expelled from the stadium and the banners torn down.

Mike Godson: I ‘Broke Up’ With Genevieve Nnaji Bcos We Are Both From Mbaise Imo State
Pre-Shiloh Service: Winners Chapel GO Bishop Oyedepo Calls For Sanctification