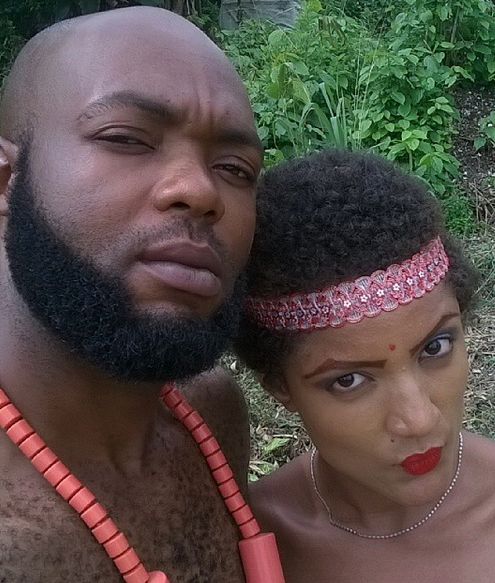 Born Again Billionaire star, Cyril Chukwuemeka, has finally cleared the air on why he dumped his middle name, Pharaoh.

In a chat with Entertainer, the actor who now wants to be known as Cyril disclosed that he dumped the name because he believes it connotes evil: “I know people are wonder­ing why I chose to dump the name Pharaoh. I did that because the name is associated with evil and that is totally against my new faith. I never knew that one’s name has a strong influence on one’s lifestyle.

“While I was growing up, I used to think and believe that a name is noth­ing more than the stringing together of several letters which represents the identification of a person or an object. I really did not believe that one’s name has influence on one’s character.”

The Anambra State-born actor who has since given his life to Christ revealed that he decided to renounce the name, Pharaoh, after he listened to the teachings of His Lordship, Bishop Sylvanus Ofili, of the Christian Libera­tion Ministry International on the topic tagged: What Is In A Name.

Commenting, he continued: “I came to understand after the sermon the reason Jacob’s name was changed to Israel after he had an encounter with the angel of God at Bethel. I also understood why Jesus Christ personally changed the name of his apostle from Simon to Peter which means rock.”

“Saul was a persecutor of Christ and when he had an encounter with God, his name was changed from Saul to Paul. Having gone through these theological teachings, I was meant to understand that my ancestral name, Pharaoh, which is given to every first male child or only son from my maternal lineage following our ancient affiliations with the Egyptian Dynasty, is against my religious beliefs and stands as an enemy of God.

“I have accepted Jesus Christ as my personal Lord and Saviour. It means that I’m now born-again. Old things are passed away and behold all things are made new through Christ who strengthens me,” Cyril concluded.

Continue Reading
You may also like...
Related Topics:cyril pharaoh chukwuemeka