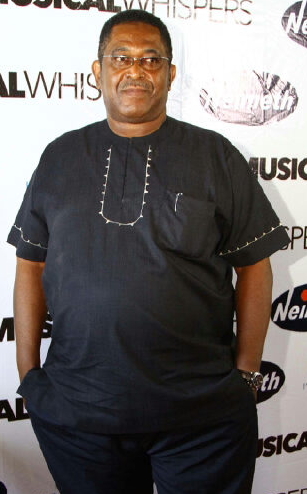 It is often said that men don’t cry, but when the unthinkable happens, even the toughest man does weep like a babe.

The trauma associated with death, the uneven reaper in the lives of men, played out in the life of ace broadcaster, Patrick Harry Doyle, who lost his son recently.

Blessed with a natural sanguine inability to dwell on past things, Doyle proclaims, “In spite of life’s vicissitudes, I am a very happy man“.

Unfortunately, the pain of his loss is still too fresh. In an interview with The Nation, the broadcaster turned Narrative Management expert broke down in tears, totally unable to speak of his experience at the loss of his son to Sickle Cell Anemia; the same disorder that took the life of his first wife, and ended the marriage. “That one is harder to come to terms with. I’m sorry I can’t talk about it”, he said in tears.

The youngest of his mother’s seven children, who grew up without a father, as his father died before his birth, Doyle is a self professed “double prince” of both the Itsekiri Kingdom, in Warri, Delta state, and also the Efik kingdom of Cross Rivers state.

Blue blood has not precluded the gentleman from the natural emotions of a loving father.