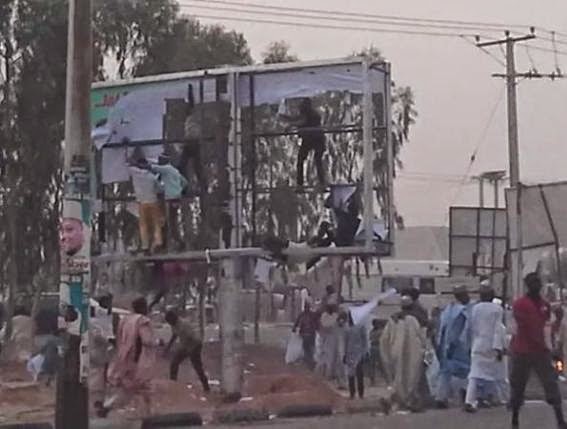 Moments after leaving Katsina, angry indigenes took to a popular intersection in the state and vandalized a newly mounted billboard for GEJ reelection.

The gods are angry…hehehe wahala dey

Continue Reading
You may also like...
Related Topics:gej, katsina, poster