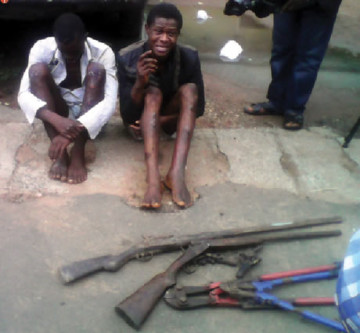 Operatives of the Anti-Kidnapping unit of the Imo State Police Command have arrested members of a child kidnapping syndicate in the state.

The suspects, Kelechi Nwogu (22) and Ebuka Ibe (23) grabbed the victim, when they were returning from school at Amazu Amato, in the Orsu Council area.