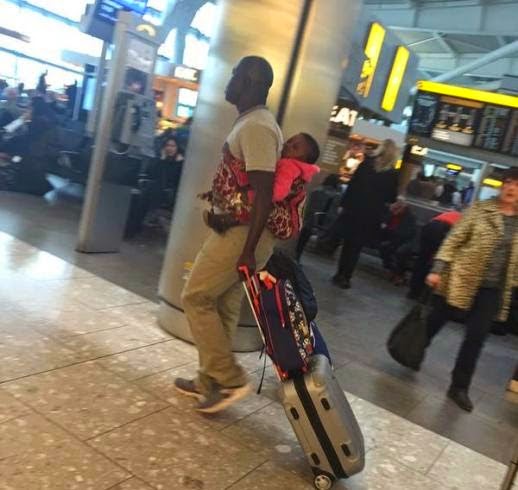 The current photo going viral online is that of a London-based Ghanaian man who was spotted backing his baby with a wrapper to board a flight to Ghana at Heathrow airport in London.

Many people on the social media are poking fun at the African dad and asking what happened to the traditional baby stroller.

Even the look on the face of the Oyinbo woman behind him speaks volume. See the way she opened her mouth in shock.

It might look strange to many people, we believe putting a baby close to the parent has been scientifically proven to help children bond with their parents.

And whether we do this  in the privacy of our rooms, or in a busy airport like Heathrow, let’s be real, it is African culture!