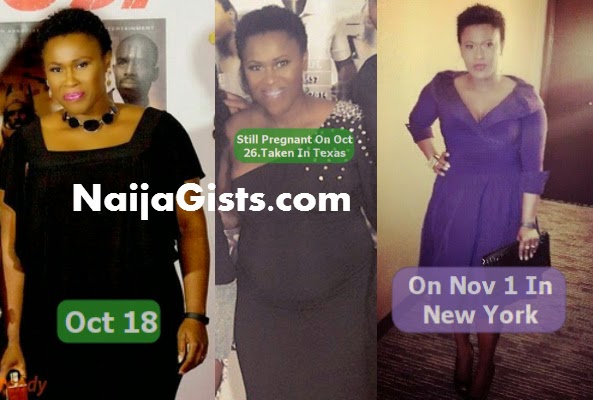 As we all aware that these are not the best of times for Nollywood actress, producer Uche Jombo who lost her pregnancy in October during a movie premiere in Texas.

In order to cover up and insult the media for exposing her baby loss, Uche Jombo recently took to Twitter to inform fans that the media lied on her because her miscarriage happened 6 months ago. 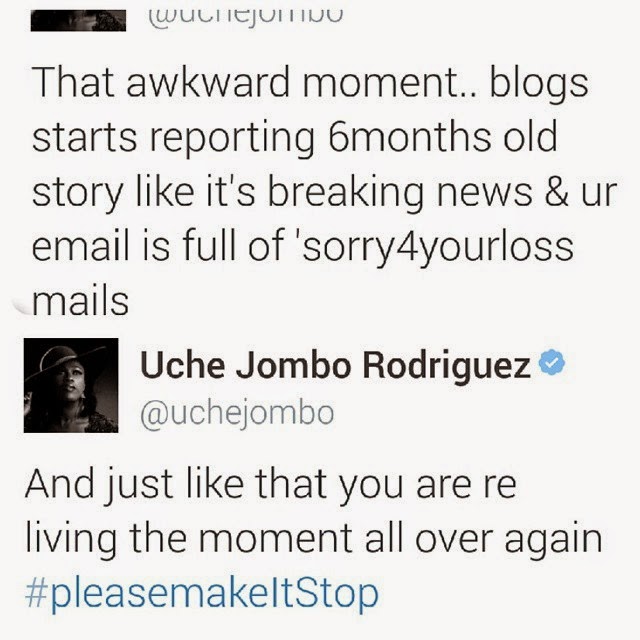 Now let’s do some analysis to see who got it wrong here.

On Saturday October 18, heavily pregnant Uche Jombo was spotted in Texas with Monalisa Chinda during the premiere of Lancelot Imasuen’s movie ‘Invasion 1897’. See photo below 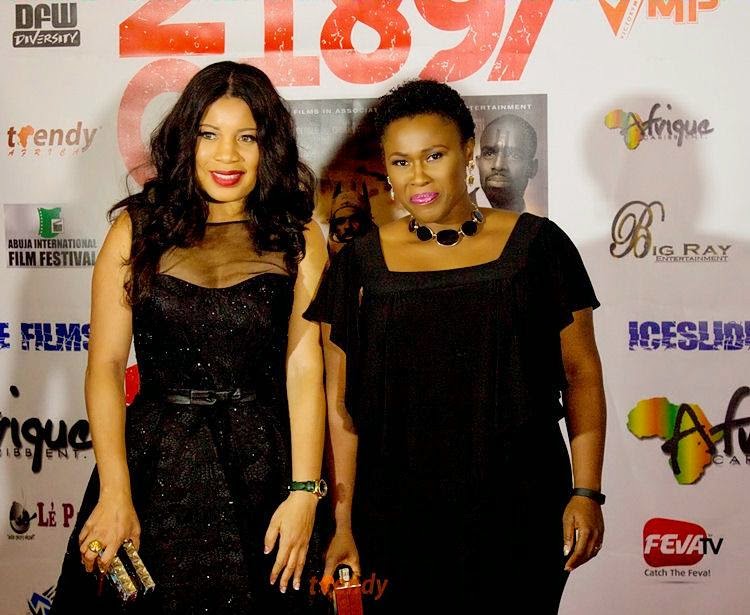 Again on Sunday October 26, the heavily pregnant actress was spotted with Ruth Kadiri, Alex Ekubo and others during the premiere of her movie “The Other Side” that held at AMC Studio 30 located at 2949 Dunvale Rd, Houston, Texas. 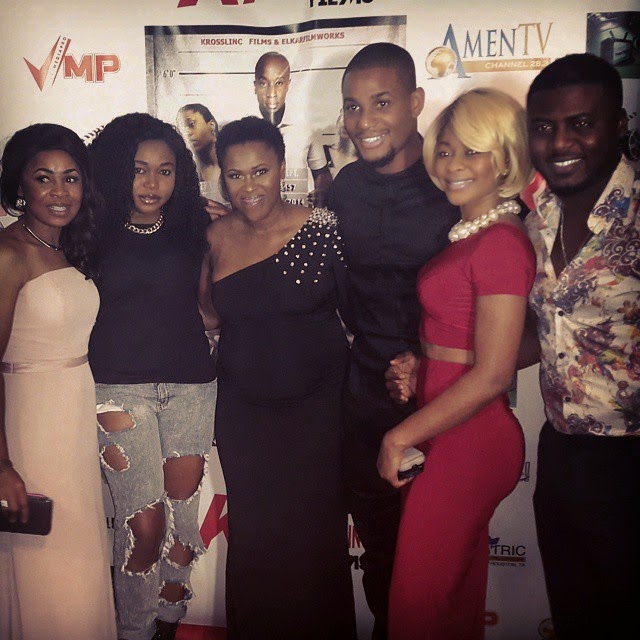 Her last public outing was in New York on the 1st of November 2014 during the premiere of another Nollywood movie titled ‘Folly’ and that was when her miscarriage battle came out to the public. 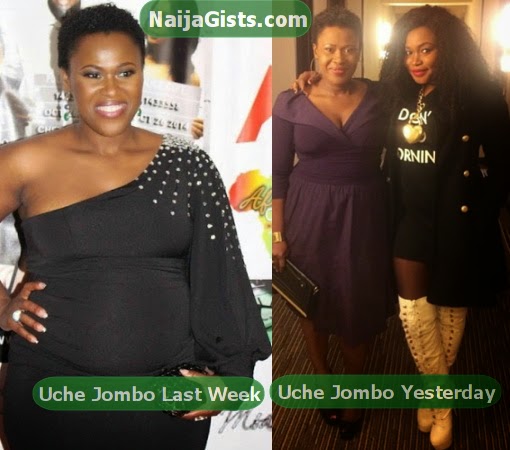 She reportedly lost her pregnancy the same day she premiered her movie at AMC studio in Houston (Sunday Oct 26). NaijaGists.com reported this exclusively in one of our news updates.

So why is Uche Jombo lying to cover up her miscarriage battle????

It is not easy we know, but lying will further complicate matter.

Since she landed in the US for her baby delivery, the actress has been going from one function to the other.

Many fans blamed her waka waka habit for the miscarriage.