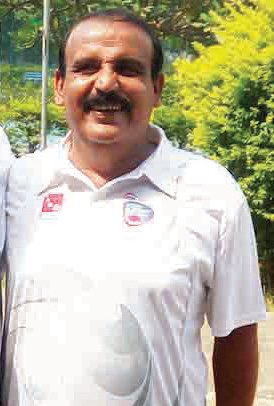 A Pakistani World Hockey Federation Instructor and Course Conductor, Lt. Col Nadeem Ahmed Bhatti (Rtd), has slumped and died in Abuja on Monday afternoon after a bout of heart attack.

Nadeem had come to Nigeria on assignment of the world body (FIH) to upgrade the knowledge of Nigerian hockey coaches and umpires under the supervision of the Nigeria Hockey Federation in an international seminar.

The Instructor was also in Kaduna, where he was given youth players from the Kaduna Hockey Association, for practicals helping brushed up youth players on the technicalities of the game of hockey. He soon returned to Abuja to start preparations for his return trip to Pakistan when he met his death on Monday.

He was aged 44 years old. The sudden death of the FIH Course Conductor has thrown the entire Hockey family into shock. And it made it two the number of foreign figures who dies in Abuja during active assignment. The first was the death of a player of Shakia Hockey club of Egypt during the one of the editions of the African Cup for Club Champions held in Abuja.

The player was knocked down by car in front of the hotel where the team was camped. The death of the FIH instructor was confirmed by the former Vice President of the NHF, Mr. Folarin Jaiyeola, who also revealed that that the remains of Nadeem was flown back to Pakistan Monday night so as to be buried according to Muslim rite in his home country.