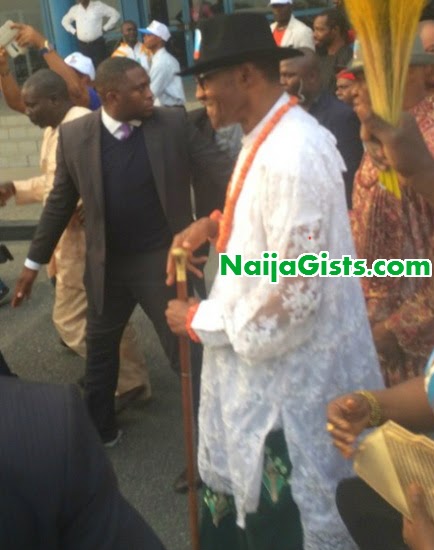 The latest viral story coming from PDP camp is that the retired Major General collapsed at the venue of the rally in Calabar yesterday due to exhaustion.

APC however came to his defense. The opposition party claimed GMB only tripped and almost fell due to his height.

Hehehe these politicians will not kill us .