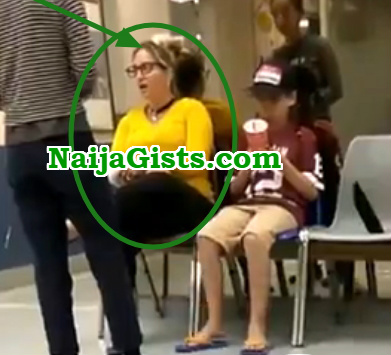 June 20, 2017 – Picture Of Rude Woman Caught On Video Demanding To See A White Doctor At Walk In Clinic In Mississauga Ontario Canada

On Sunday June 18th 2017, a woman sparked outrage at a walk in clinic in Mississauga, Ontario Canada when she demanded to see a white doctor that does not have brown teeth and speaks English.

The shameful show of racism was caught on camera by other patients at the walk in clinic located on Queensway and Hurontario street around 12:30pm on Sunday.

At a point, when her request was not granted she was heard yelling the following at an employee at the registration desk of the clinic: 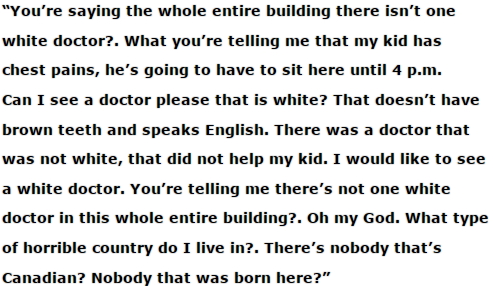 At a point when shocked patients started exchanging words with the alleged racist, Peel Police officials were seen entering the clinic .

This woman probably needs more treatment than the son with chest pain…. #oniyeye