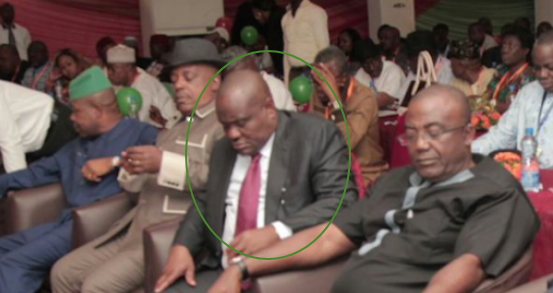 From the look on the faces of other officials, the retreat appeared boring.

Governor Nyesom Wike was in his own world. He barely partook in the retreat as he slept off during the event.

Body no be firewood…. Sleep on Governor, life is too short not to nap.**wink**