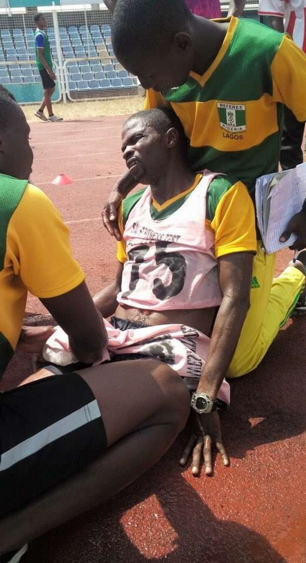 The family of Mr Basit Giwa, a popular Lagos-based Referee is bereaved.

Basit Giwa died in a manner similar to two referees, Olatunde Oyetola from Oyo and Matthew Faloye from Ogun State who died in Abuja during a Cooper fitness test in 2011.

He was rushed to a nearby hospital in an ambulance on Sunday but sadly he died few hours later.

Mr Giwa has been buried in accordance to Islamic rite by his family in Lagos .